I was delighted this week to receive an email from Rep. Mike Capuano. He’s asking his constituents for their opinion about health care reform, specifically in regards to the legislation proposed in the House this week. When Obama came into office, his administration initiated a call for Transparency and Open Government. They invited recommendations from professionals in the fields of deliberative democracy and civic engagement re. the principles and implementation of this initiative, focusing on how the federal government should go about including citizen input into public policy.

Obama’s initiative is still in its first stages and implementation hasn’t begun yet – so I was delighted to see Rep. Capuano’s email, as if he has caught the bug of civic engagement. I wonder if there are other Congress-people who have sent out similar letters asking for their constituents’ opinions….

As a facilitator of civic engagement and large-scale change, I strongly believe in the need to involve the public in government decisions, at every level: city, state and federal. “The public” includes the general public, who can express their values (what’s important to them), as well as stakeholders with related expertise, whose opinions might carry more weight in the decision-making process. There are several models of citizen engagement, from Study Circles to America Speaks, which are facilitated discussions for the purpose of creating action plans re. local, state, or federal policies or activities. My city, Somerville, used to host yearly Study Circle conversations, on Racism, Youth and Adults, Sept. 11, where every group developed recommendations for city officials to improve city governance. American Speaks created the “21st Century Town Meeting”, and they engaged 4,000 people in Manhattan after 9/11 in a discussion about the future of Ground Zero.


We have many large social problems and issues to address in the 21st century: public health (single payer, anyone?), climate change, cleaning up the environment, education reform, to name a few. Most of us realize that there are going to be trade-offs to any public policy decision, and we’re going to have to make choices. That’s why it’s essential to include citizens in these discussions – so that they (we!) understand the trade-offs, and so that they/we can’t complain that “the government did this” (if they don’t ask us).

If you’re in Rep. Capuano’s district, I encourage you to respond to him, and tell him how much you appreciate his asking for your opinion!!

By the way, another example of civic engagement is the Boston Civic Summit, which I wrote about here – it’s an example of involving citizens in creating a vision for the city, and in developing an action plan for citizens to work together with city/ government officials in realizing it. 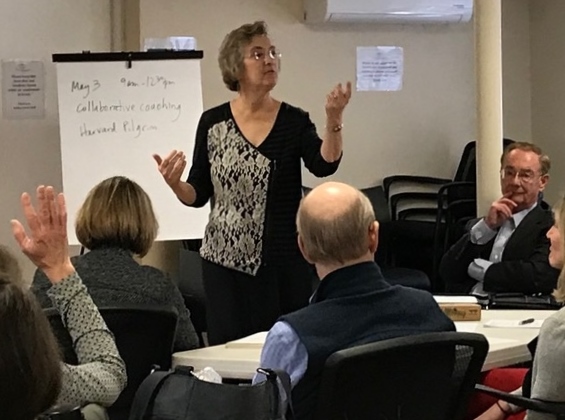